Commercial Litigation | Qualified as a Mediator and Arbitrator

Tax Specialist, in his capacity as a chartered accountant (SA) 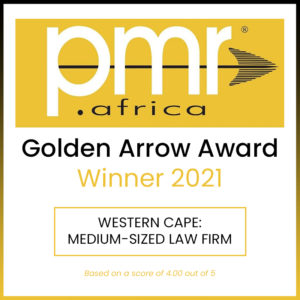 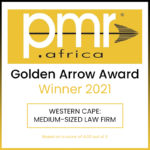 Abigail graduated with a BA LLB from the University of Cape Town and then completed her articles at Cliffe Dekker (now DLA Cliffe Dekker Hofmeyr). She went on to practice as an attorney with Keith Getz at Bernadt Vukic Potash & Getz. She specialised in corporate and commercial law and was exposed to a broad variety of corporate matters of both listed and unlisted companies.

She then worked at Investec Private Bank in the Growth & Acquisition Division where she oversaw the collation and drafting of the legal documents required to extend loans to private companies in relation to corporate transactions such as mergers and acquisitions, B-BBEE and preference share related transactions. She was exposed to numerous corporate financing structures.

She returned to practicing law in 2010, and in 2011 opened Reynolds Attorneys under which she combines her finance industry and legal experience to service and grow both a dynamic and solid client base.

Abigail was named the Commercial Lawyer of the Year 2020/21 in the Corporate LiveWire South Africa Prestige Awards held in November 2020.

She sits on the following committees:

Sián completed BA LLB degrees and an LLM in Commercial Law (with a specialisation in Electronic Law), all at the University of Cape Town.

She then took up a position overseas as corporate counsel at LSI Logic Europe Ltd, a US based multinational that specialises in the global supply of custom, high-performance semiconductors and associated software where she supported their channel markets in Europe and the United States. On her return to South Africa she set up a legal consultancy and consulted to a range of corporate clients including Woolworths (Pty) Ltd with whom she went on to accept full time employment as a legal adviser managing their IT, franchise and supplier portfolios, gaining extensive experience in the retail sector.

She also worked with MWEB in their Business Development Department managing their operational legal requirements and assisting with work throughout South Africa and Africa as Senior Legal Adviser.

She currently advises a number of companies both locally and overseas.

Her expertise in the information technology and telecoms arena as well as the Protection of Personal Information Act, and offshore data privacy laws, is invaluable.

She has a valuable ability to not only utilise her technical ability to apply the law correctly, but also her ability to assess both the commercial and legal risks together in order to obtain a commercial solution that operates as effectively as possible within the legal framework applicable and within the greater corporate strategy.

She has been a consultant for Reynolds Attorneys since 2015.

Anne graduated with a BMus and TLD from UCT and an LLB from Unisa. After completing her articles at Edward Nathan Sonnenbergs she opened her own attorney’s practice, specializing in labour and employment law.

She is also a part-time commissioner at the Commission for Conciliation, Mediation and Arbitration and a panelist for the South African Local Government Bargaining Council.

Since October 2019 Anne has been a regular contributor to Lexis Nexis for its Weekly Comment and Editorial publications in its IR Network.

She has been a consultant of Reynolds Attorneys since 2015.

In addition to being an admitted attorney Tamasen is a qualified and practicing Notary Public, as well as a Conveyancer.

In 2015, Tamasen established her own independent boutique law firm specialising in Wills, Estates, Trusts and Property transactions. Her client base includes those based locally and internationally.

She has been a consultant for Reynolds Attorneys since 2017.

Commercial Litigation | Qualified as a Mediator and Arbitrator

PJ’s experience and solution driven mindset is the formula for his success over a career that spans some 20+ years. PJ graduated with a BProc from UNISA in 1997. He has achieved an LLM and MBA while embarking on building his own business which he started in 1999. He is an expert in advisory commercial litigation, company law, insolvency law, business rescue, consumer protection and dispute resolution.

PJ has accepted various ministerial appointments including being appointed to the Directorate of Market Abuse being a division of the Financial Services Board; Chairperson of the Tax Board, Department of Trade and Industry; member of the Companies Tribunal; and a member of the BBBEE Commission. Ever eager to broaden his knowledge he is currently reading for his LLD in Insolvency and Business Rescue. PJ is an internationally accredited mediator and arbitrator.

He has been a consultant for Reynolds Attorneys since 2011.

Elsa completed her LLB and her LLM in Advanced company Law where her dissertation was focused on Ownership solutions in Broad-Based Black Economic Empowerment (B-BBEE). She has worked in the B-BBEE industry for 12 years. She started her career as a verification analyst for one of the first 11 SANAS accredited Broad-Based Black Economic Empowerment (B-BBEE) agencies in 2007 and was soon promoted to Senior verification analyst responsible for the verifications of complex structures of Generic entities and developing the verification manual and methodologies.

Her passion is to assist companies to implement sustainable B-BBEE solutions and not only to focus on compliance. She assists companies with the full-house transformation services of Strategy Planning through Implementation and Monitoring to Preparation for Verification and the B-BBEE audit itself. She can advise on all Ownership structures available in the B-BBEE Codes, specifically Employee Ownership schemes and Broad-Based Ownership schemes.

She has been a consultant for Reynolds Attorneys since 2020.

She has been a consultant for Reynolds Attorneys since 2019.

Clarissa holds the degrees BA LLB from the University of Stellenbosch, as well as certificates in Environmental Law and Environmental Management Systems from North-West University. She is also a CEDR (Centre for Effective Dispute Resolution, London) accredited mediator. She practices as an environmental law consultant from her own consultancy and provides the following services:

She has been a consultant for Reynolds Attorneys since early 2018.

Kerry’s main clients are asset managers and other role players in the financial services industry. She also often works as the legal expert for consulting firms on issues of public financial management and has recently assisted the African Union as a legal financial consultant on the financial and corporate governance rules of its Peace Fund and co-ordinating these rules with various Ministers of Finance across Africa.

She has been a consultant for Reynolds Attorneys since 2019.

Tax Specialist, in his capacity as a chartered accountant (SA)

Professor Peter Surtees practised as a Chartered Accountant (SA) in Bloemfontein for 19 years before joining the staff of Rhodes University, where he rose to be head of the department of accounting. In 1998, he took early retirement and moved to Cape Town. He joined Deneys Reitz Attorneys (now Norton Rose Fulbright), where he was a director in the tax division until his retirement in 2015.

The professor was also on the staff of the department of finance and taxation at the University of Cape Town from 1998 until the end of 2016, where he presented the MCom (Taxation) course. He now lives in Napier, from where he continues to run his taxation practice in all areas of taxation and estate planning. He was, until its demise in 2017, a member of the editorial panel of Integritax, the tax publication of the South African Institute of Chartered Accountants

He has been a consultant for Reynolds Attorneys since 2016.